Home > About Us > History

The Tilley name has long been a part of the roofing industry and has become a successful and well – established pioneer within the trade. What started as a family career in the 1930’s continues to the present day. With three generations of knowledge and experience allowing for past and future success, the accomplishments made have paved the way for a bright future at Roofclad Systems.

First generation Bill Tilley began his career in the industry in 1931 as an apprentice draughtsman with Carter Horsley Engineers Newcastle, who manufactured and installed steel structures and industrial roofing and cladding, before D W Tilley (Newcastle) Ltd and D W Tilley (Engineers) Ltd was born in 1960.

Second generation David Tilley joined the family trade in 1977 as an Estimator and Surveyor where the business was successful for a number of years until the 1980’s recession hit, resulting in D W Tilley (Newcastle) Ltd to go into liquidation. David Tilley then used the Fabrication company D W Tilley (Engineers) Ltd to start the business again, and the decision was made to work solely for the refurbishment market.

The business went from strength to strength over the next two decades, opening further offices in West Lothian, Warrington, Leeds, Bristol and taking over Four Seasons Roofing business with sites at Manchester, Aldridge and Southampton and in 2008, it was purchased by MITIE plc, rebranded as MITIE Tilley Roofing.

In 2003, the next generation of the Tilley family joined the trade, and today is Roofclad Systems Managing Director, Alex Tilley. Alex began learning the trade from the ground up alongside his father David Tilley and attained a BSC in Construction Management whilst surveying, estimating and running contracts from start to finish.

In 2014 the Tilley family purchased Roofclad Systems from its owner Stuart Openshaw.

Alex took over the role of managing director and ever since, the business has gone from strength to strength as Alex applied the same business model that David had used and changed the company from predominantly a new build contractor to solely refurbishment. This change has turned Roofclad Systems into a profitable, thriving company and Alex has set the course for an extremely successful future. 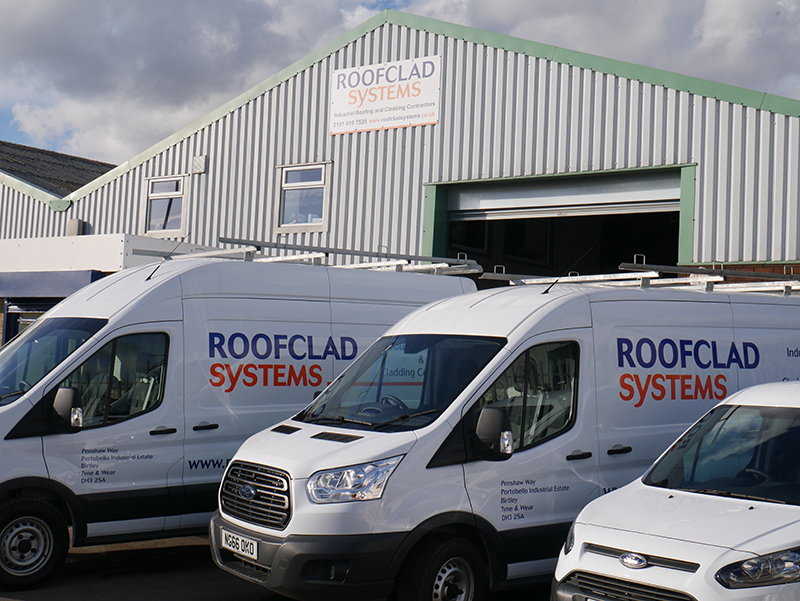